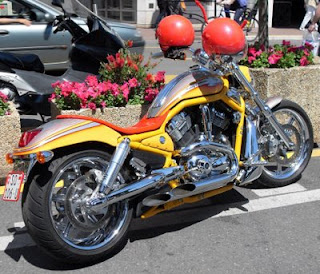 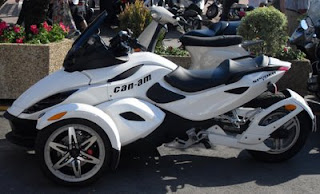 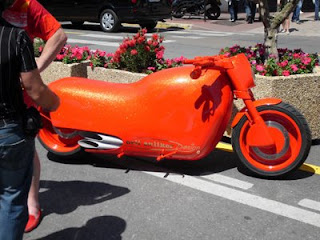 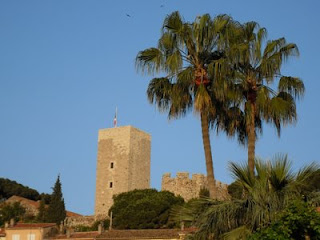 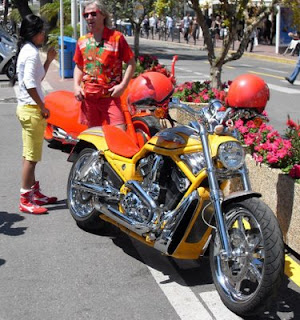 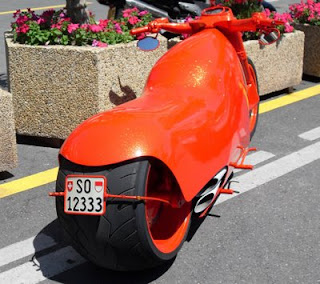 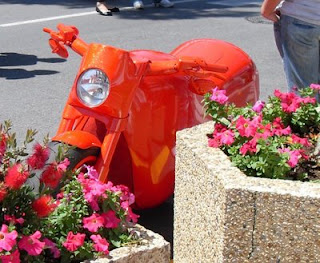 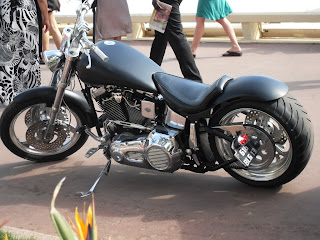 6am Sunday morning sharing a bench in Cannes bus station with a comatose drunk and two weary hookers I watched the early morning sunrise glinting off the hulls of the mega-yachts in the harbour and thought to myself this makes a nice change.

A friend of a friend was looking for some help during the Cannes film festival, he wanted someone to drive a van advertising his film around Cannes so I thought that would make a nice little break – I mean, what’s not to like? I love driving, I like looking at attractive women, and here’s someone willing to give me free food and accommodation to do just that.

So I’ve just spent a week enjoying blue skies and warm sunshine; saw loads of famous film stars that I didn’t recognise (well they had loads of photographers around them so they must be famous, right?); and spent time studying the riding habits of our French biker cousins. They are MAD. They seem to show absolutely no sense of danger, weaving in and out of traffic at high speed wearing flip-flops and shorts. I also like the way they manage to smoke while riding; my favourite was the middle-aged gent puffing on a pipe as he chugged along looking rather like a two-wheeled steam train.

I was also impressed with the number of custom bikes, mostly Harleys of course; particularly interesting was the orange creation I spotted cruising along the promenade with an impossible riding position – full marks go to the matching crash lid with spikes on.

Back to reality now though – when I left Cannes it was 29 deg and sunny, here at my little cottage in NorthEast Scotland its 8 degrees and the rain has washed out the track so I can’t get the bike down it. Oh well it could be worse………
Posted by El Diente at 13:04 2 comments: 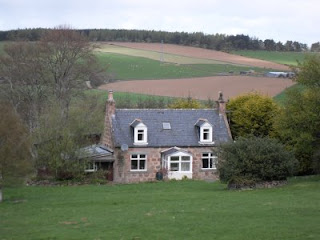 There’s a fairly tenuous link to biking this week – I’ve just moved into a remote cottage at the edge of the Cairngorm Mountains. After spending the majority of my life living in cities I thought it would be nice to be part of the isolated rural idyll.

Well, to be a little more truthful, it appears that the present Mrs El Diente is about to become an ex*, so , basing my behaviour on the flight not fight pattern I’ve moved about as far away from London as is possible without falling in the sea.

But (and here’s the tenuous link) I can now commute to work by bike along some of the most picturesque yet empty roads I’ve ridden on; well I can in summer, anyway. Obviously in winter I shall have to buy a 4WD or move back to Aberdeen, but that seems a long way off so I just intend to enjoy it while I can.

*I like to think my Scottish ancestry has blessed me with a character that could be described as ‘reserved’; evidently this can also be interpreted variously as ‘miserable’, ‘moody’ and ‘grumpy old bastard’.
Posted by El Diente at 09:17 No comments:

Newer Posts Older Posts Home
Subscribe to: Posts (Atom)
... I loved that basketball so much I even used to sleep with it under my pillow - maybe that's why I couldn't sleep...