There hasn't been much motorbike activity here recently, due to (a) snow, (b) the Triumph springing yet another oil leak from the new engine, then deciding to kill two batteries in quick succession. So for a nice change, I took the day off work yesterday and went to the London Motorcycle show at the Excel centre. In recent years this show has been a bit....boring, but I must say this year I found it most enjoyable, maybe because I'm actively looking for a new bike, and there seems to be plenty of new models around. I must admit for having the hots for the new Honda CB1100, as apparently did every other biker over the age of 55 yrs to judge by the huge crowd around it; unfortunately when I did manage to fight my way to the front and sit on  it, it proved too small for my lanky limbs.


After sitting on just about every other bike at the show, I seemed to have narrowed the list down to Triumph Tiger XC, BMW800GS, Ducatti Multistrada (oops, too expensive), BMW R1200R (too expensive) and Triumph Thunderbird (too expensive) - which isn't much of a list if you take away the one's I can't afford.  In fact, after checking out the prices of the two I thought I could afford, it seems like I may just be in the market for a used Bandit 1250, provided I can fix the Triumph and get a reasonable price for it on e-bay.

So I decided to just keep on looking around the show and admiring all the custom, specials and classics of which there were a lot more this year than previously. Here's a few photos. 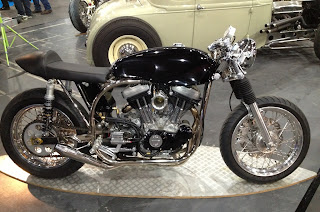 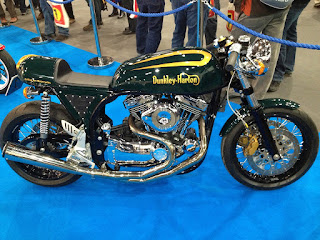 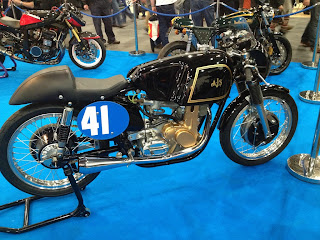 Labels: London motorcycle show
Newer Posts Older Posts Home
Subscribe to: Posts (Atom)
... I loved that basketball so much I even used to sleep with it under my pillow - maybe that's why I couldn't sleep...