Firstly and mainly because I get paid! Secondly because I don't have to go to work for the next two days, and thirdly 'cos I get off work at 3pm so get a chance to stroll home along the riverbank at Richmond in the daylight. Today there was a bit of excitement down there; a Royal barge moored alongside the floating restaurant. I went up on the bridge to take a photo - it's not very clear as I only had my iphone. Not sure why the barge was there, although the posh bird standing next to me reckoned Charles and Camilla had popped into the White Cross pub for a pint on the way to Windsor for the weekend. 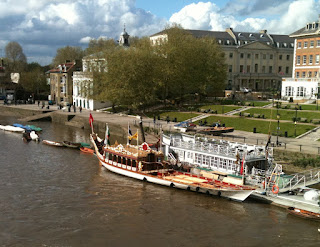 Carried on home and spotted two ducks having a bath in a sunken boat. How strange. 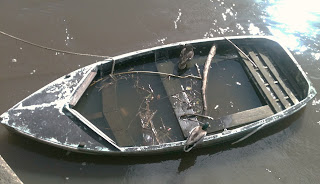 Sometimes you're just too close...

...to see the obvious mistakes. I quickly fitted the bar risers to the Triumph, remembering to cover the tank so I didn't scratch the new paintwork. Then I fitted an extension spindle to the offside mirror, as all I can usually see out of it is my shoulder. Then it was off for a ride in the sun. I went off down into the pleasant Surrey lanes at a nice slow speed so the engine gets run in properly; stopped at a little village for some lunchtime refreshment where I took these couple of photos. 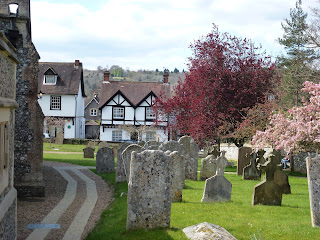 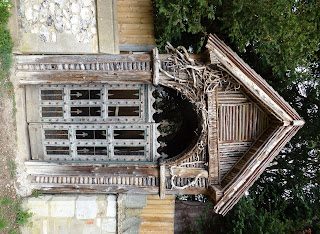 Then it was off home, with a detour to my son's house to show off the bike in all it's shiny glory. 'WTF' was his first comment, followed by roars of laughter. I have to admit that, standing back and looking at the bike with detachment, the single high mirror does look a bit goofy. That spindle's coming off straight away! 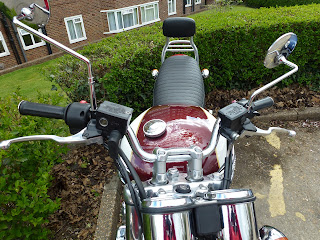 The weather gods can be so cruel

We've had the warmest, dryest winter since records began (allegedly); we've had so little rain in the south of England that last week the Water supply companies implemented a hosepipe ban to protect our dwindling water reserves. Then on Monday, just as the delivery driver was unloading the Triumph, it started raining. The past four days have seen non-stop torrential rain, gale force winds, hailstones, even a light sprinkling of snow in central London (again, allegedly).

Thats my exscuse for not having ridden the Triumph yet. She's sitting downstairs outside my flat under a cover. Here's a picture I took through the window using my Sony NEX-5N @ 55 somethings on the lens. Crap isn't it? 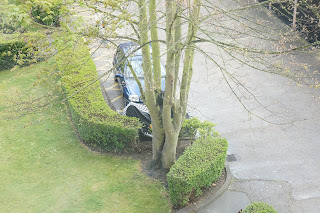 Now here's a picture I took using my new "Kiwi" adapter on the Sony, and an old Canon zoom lens I had, set at 300 somethings on the lens. Still crap, but much bigger. 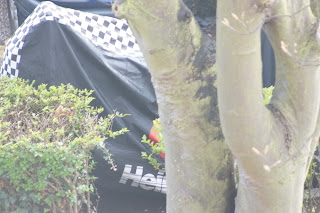 Still, I've got some bar raisers to fit on Saturday, and some mirror extenders ('cos Sandy lost mine during the rebuild) and a shiny new petrol cap and a new screen; the weather forecast says light winds and only 55% chance of rain so hopefully I'll get some riding in. Maybe even a better photo (don't hold your breath)!
Posted by El Diente at 19:04 4 comments: 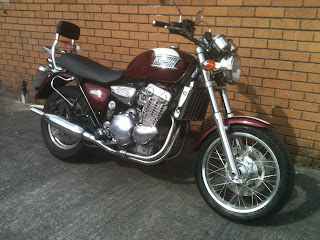 Picture sent by Sandy, bike's back together, MOT'd and roadtested. I just need to pick her up and get some miles in. Can't wait!
Posted by El Diente at 16:33 4 comments:

Labels: bike's finished
Newer Posts Older Posts Home
Subscribe to: Posts (Atom)
... I loved that basketball so much I even used to sleep with it under my pillow - maybe that's why I couldn't sleep...