plans and forward thinking..not round here 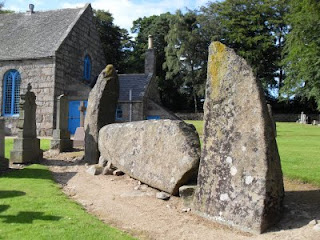 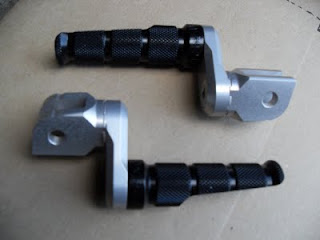 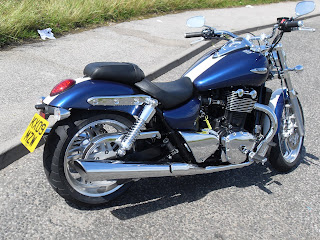 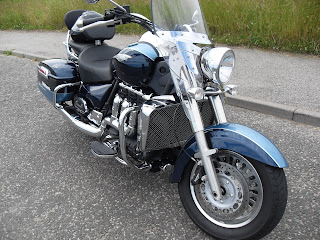 The cunning plan to convert my streetfighter into a BMW tourer has taken a slight stumble - the lowered footpegs arrived, although they do look a wee bit flimsy I'll fit them tomorrow; the HID headlamp kit also arrived although a quick read through the instructions confirmed my aversion to 'white mans magic' so Derek will have to fit that for me in between fettling his R1. I did attempt to fit the rear luggage rack for the smart new soft bag, although inexplicably one of the 4 bolts was 10 mm shorter than the rest so won't screw into the bracket so now I'm trying to source one of the correct length - not easy when you live in a farming community "I need a M8 x 60 long capscrew please" "Ay lad, just tie it on with baling wire"

But the biggest setback is the lack of a seat (obviously). Rather than pay 260 quid to Suzuki for a new gel seat, I thought I'd be clever and send my seat away and have it refurbished for 60 quid..of course it's now somewhere within the postal system and I can't ride the bike. Ah well, at least I can console myself that in this wettest summer since Noah started keeping records I probably wouldn't have ridden it much. Oh yeah, and why would a manufacturer of motorbike luggage make something that wasn't waterproof? I was gobsmacked when the girl asked if I wanted a waterproof cover for it - of course I do!!!

So heres a couple of photos of those Triumphs I test rode, plus a Megalithic stone circle in the churchyard and some flimsy footpegs.
Posted by El Diente at 17:57 2 comments: 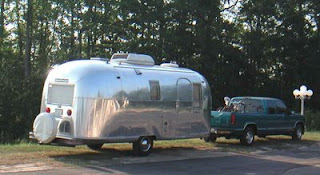 the search for a replacement bike hits a snag

I've been spending a bit of time lately searching for a replacement bike - not that theres really anything wrong with the bandit, just a few niggles. Despite fiddling with the rear shock settings, I still keep getting thrown off the seat on bumps, although thats a bit of a blessing as the seat has to be the most uncomfortable thing this side of a plank of wood. As I've got plans to take off for a week or two in August with my mate Stevie, I thought I'd see what could be done to improve my biking comfort.

So I tested a Triumph Rocket III which was bloody BIG and chromey, although it went alright for a cruiser and was reasonably comfortable, but really a bit BIG for me. Then I took out the new Triumph Thunderbird, which was much better than the America I had last year - plenty of go and it handled quite well. Still had that strange riding position though, which seems to make my old back ache after a few miles.

I then spotted a BMW 1200GS lurking in the back of the showroom, so I took that out, What a revelation, no more bumps throwing me out of my seat, I was able to stretch out my long legs and my back didn't ache at the end of the ride. I was smitten....until I saw the price!

It's not that I'm tight (well alright actually I probably am) , but that seems an awful lot of money for a toy. I've spent the last few days thinking it over, and maybe a set of lowered footpegs and a gel seat may be the way forward........
Posted by El Diente at 12:20 1 comment:

Any ornithologists out there?

Inspired by Troubador I went out and bought a video camera to mount on the bike; of course I haven't got round to it yet, although I've bunked off work for a couple of days to enjoy the heatwave the UK is currently enjoying so I'm hoping to get it fixed up soon. In the meantime, however I was looking out the window when I spotted this handsome-looking chap, not being a birder I don't have a clue what he is so any answers will be gratefully received (please excuse the shaky hand, old age you know!, and don't mention the music in the background)

Labels: handsome bird, shaky video
Newer Posts Older Posts Home
Subscribe to: Posts (Atom)
... I loved that basketball so much I even used to sleep with it under my pillow - maybe that's why I couldn't sleep...