Back on 2 wheels - thanks to late-night e-bay purchase

Amazingly, when we unloaded it from the delivery man's van it looked even better than I hoped. Nice and clean. Right, need to start planning some nice long rides ........ 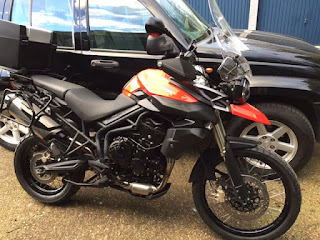 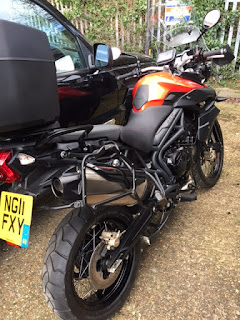 It's mid-Feb so time for me and the Kid to make the trek to the Excel centre in East London to look at all the new bikes. Lucky for me the Kid was with me; I nearly bought a bike, helmet, boots, jacket - well I'm determined to get back on two wheels this spring - but as he reminded me I've already got everything except the bike, and e-bay is sitting there just waiting for me to make a late-night bid :)

This year's show seemed better than ever, all the major manufacturers were there with large displays, plus some new small ones, custom corner, classic bikes, even a couple of auction houses with a large selection of 'interesting' bikes. Plus of course plenty of clothing and accessory stands. A nice day out. Here's some photos. 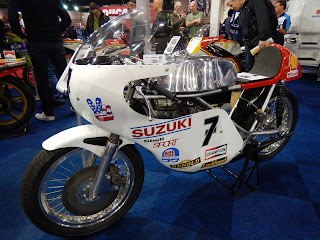 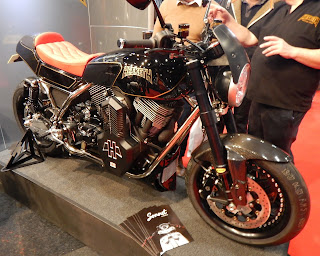 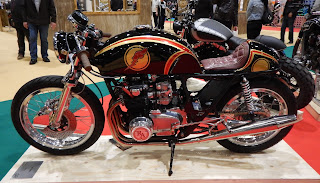 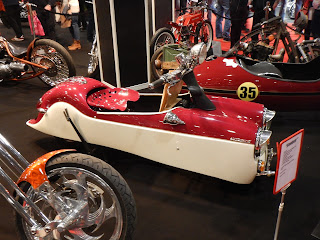 Before I left England I bought a snorkel mask fitted with prescription lenses, and a new Nikon camera that could be used underwater - just in case ;)

So after hanging around in Buga for a few days, I decided to head over to the Caribbean coast, maybe visit Cartagena - however, reading Lonely Planet book it mentioned that Colombia owned a couple of islands up near the coast with Nicaragua; San Andres and Providencia. Now Providencia was occupied by the British for a couple of hundred years, the famous old pirate Henry Morgan using it as his base for attacking Spanish galleons and his treasure was reputedly still buried somewhere on the island - ha, maybe that snorkel mask would come in useful after all!

I flew to San Andres, which was an absolute shit-hole, could not wait to get away! Next day caught a little 20-seater 'plane across to Providencia, saw the coral reef from the plane window - that looks nice.

The island is described as 'unspoilt' which means no hotels, just basic cabins on the beach for rent. I managed to get a room in a house by the beach with very friendly owners; due to the history of the island everyone speaks English and Spanish so it was really easy to get by. Unfortunately, seafood and beer are the staple diet of the islanders, so this teetotal vegan was in a bit of trouble, Luckily my hosts offered to cook for me every day - beans rice and fried plantains were great the first day, by day ten I was totally sick of them!!!!!! 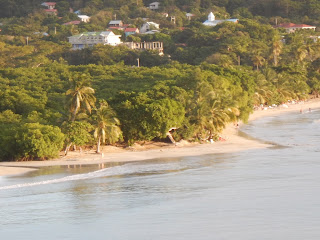 Due to the difficulty in getting there and the lack of hotels, there were very few tourists, basically I had the beach to myself apart from a few fishermen. 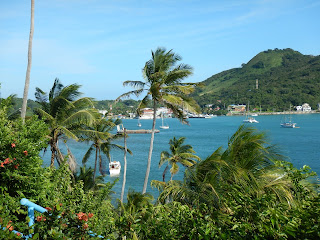 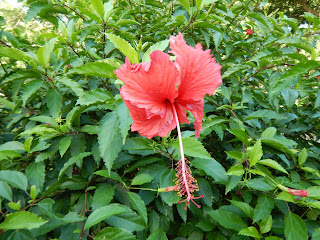 One day I hired a golf buggy to travel around the island (there's very few cars and none for hire), most people travel around by scooter, but the ones for rent looked like real death-traps, plus no-one wore crash helmets so I took the safe option. Took about an hour to circumnavigate the island on the single road, so I did that a couple of times just to use up the day!
Another day I took a boat trip out to the protected marine area by the reef - stopped off at a little island where the tourists were being serenaded by a reggae band dressed in Hawaiin shirts - cool! 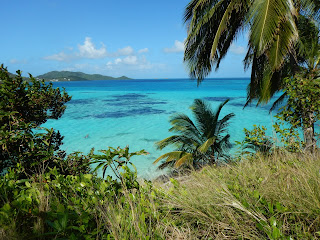 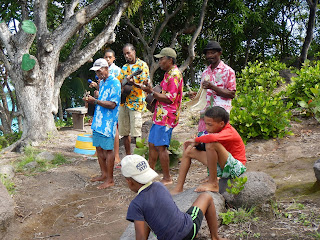 My new Nikon camera proved fairly worthless; it did take pictures underwater, but they all came out blue-green, couldn't seem to adjust the colours. Still, I did get to snorkel with turtles and some colorful fish, so the trip was worth it. 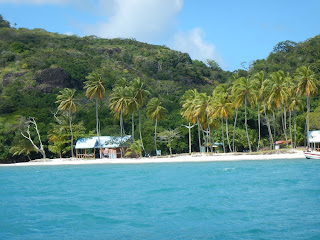 After a couple of days of relaxing on the beach I was pretty bored so started hiking, one day I walked up to the Peak, the highest point of the island. It was a pretty hot and sweaty 3 hour hike in the heat, but great views from the top. 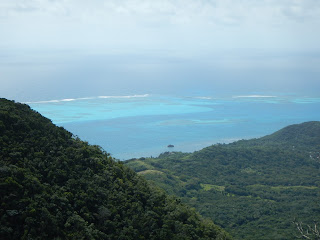 After 10 days on the island, I hate to admit it but being alone with no-one to talk to and only beans to eat - I got bored. I know, I know, Caribbean island, sunshine, no work to return to - I should have just stayed put. But a little voice in my head kept telling me I should be thinking of doing something more adventurous. And I have been sort of planning a bike trip when I get back home - so, even though I knew I'd regret it, I decided to cut the trip short, changed my ticket and flew back to Bogota then on via Paris to London. Arrived yesterday, it's bloody freezing cold, raining, grey and miserable. Had a great time in Colombia, 7 weeks of sunshine, adventure and a whole lot of beans! Here's to the next adventure! 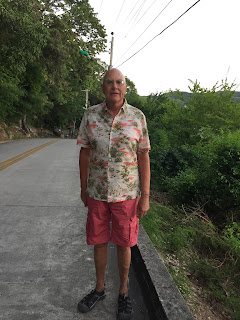 Labels: bad decisions., deserted beaches, swimming with turtles
Newer Posts Older Posts Home
Subscribe to: Posts (Atom)
... I loved that basketball so much I even used to sleep with it under my pillow - maybe that's why I couldn't sleep...