I set off Saturday morning to ride down to the New Forest as there was a car event at the National Motor Museum at Beaulieu. Unfortunately I'd picked the hottest weekend of the year so far (30 degC) and Fathers day weekend, so it seemed like every motorist in England was heading south for the coast to enjoy the weather. It also soon became apparent that full riding gear and high temperatures don't mix - it was like sitting in a sauna! Be fair, it is only a day or two every few years that we get this weather so I tried to be a man and put up with it.

After filtering between miles of stationary traffic on the M25 then the M4 motorway I began to realise I wasn't going to get down to Beaulieu in a day - I spent 3 hours to travel 60 miles! So after cooling off and re-hydrating in a motorway service station I decided to head over to my son's house in Henley which wasn't too far off track. Luckily his little son was visiting for the weekend, so we called my daughter up and all went out for a Mexican meal to celebrate Fathers day.

Sunday morning I was up early to ride the rest of the way to Beaulieu before it got too hot. Much better! Made it there by 11am, by which time the temperature was back up to 30 degC again! I had a pleasant time strolling around the beautiful grounds of the motor museum looking at all things mechanical, then on to the hot rod & American car show, these being my first love going right back to when I was a teenager reading American hot rodding magazines.

By mid-afternoon it was melting hot, so I decided to set off back home. Unfortunately all those motorists I'd passed in the massive traffic jams on Saturday all had the same idea, so back to gridlock again! By this time I just could not be arsed with it, so took to the little country lanes and meandered back up to my son's house again, slept there overnight, finally getting home around lunch-time Monday. I enjoyed the cars, the riding not so much! Still, as I write this the weather is cooling down so no doubt it will be raining by the end of the week! Here's a few pictures of some of the cars that took my eye. 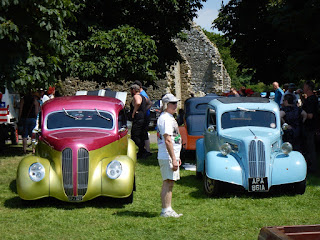 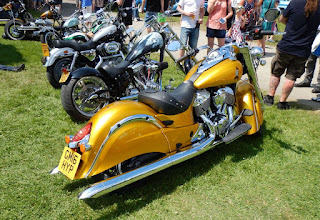 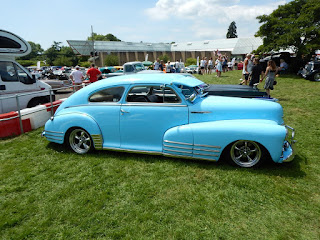 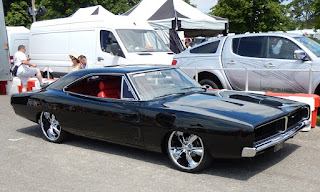 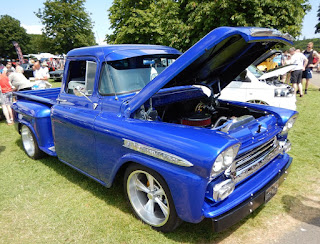 Labels: cool hotrods, Hottest weekend of year
Newer Posts Older Posts Home
Subscribe to: Posts (Atom)
... I loved that basketball so much I even used to sleep with it under my pillow - maybe that's why I couldn't sleep...