I've just spent a few non-biking days in the south of England. I flew down to London on Thursday to see Eric Clapton in concert with Steve Winwood.  I wasn't too sure how the concert would go, not being a great fan of Steve Winwood; a first glance around the audience revealed more nose and ear-hair than flowing locks.... so thats an average age of 60 then - but as usual Ol' Slowhand managed to lift every song with a guitar solo in the middle;and  the whole band excelled themselves with a version of Voodoo Child with the volume turned up to eleven - a good evening! 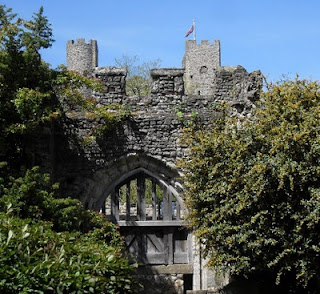 I was staying with number one son, but he flew off to Florida on a golfing holiday so that was me at a bit of a loose end on the hottest weekend of the year (so far). Luckily I bumped into an old lady friend, who mentioned that she'd never been to Kent (!). A quick glance at the atlas showed it was just a short train ride away, so off we went to
explore.
First stop was Rochester to explore the cathedral built in 604AD which seems pretty old, then the adjoining castle which looks a bit second-hand after King John tried to knock it down just after signing the Magna Carta. 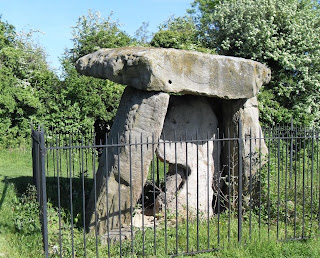 That's the great thing about exploring England, everything is so old we talk about it as if it just happened last week, must be the influence of all the old Hollywood movies. Anyway, for some reason which now escapes me, we decided to walk to Canterbury cathedral along the Pilgrims way. As it was 45 miles away I had a suspicion we wouldn't make it, but who's going to argue with a woman? After a few miles we came upon an ancient burial tomb approximately 4000 years old called Kits Coty; it was once inside a burial mound but sometime in the past had been uncovered. 4000 years old and no-one had stolen the fence! 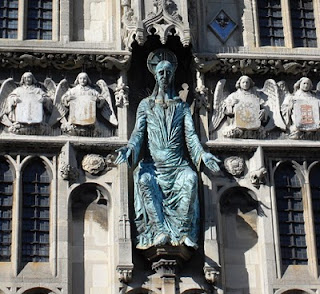 We carried on in the glorious blazing sun through the picturesque Kent countryside for the rest of the afternoon, but by the time we reached Maidstone, which is only 10 miles from Rochester, it was pretty clear we weren't going to make Canterbury any time in the next few days, plus my feet were killing me! So we stopped the night in an old coaching inn - which sounds quite romantic, except they had a 70's disco that night with a very average DJ and what must have been a huge bank of speakers 'cos it was louder than Eric and Steve the other night.
After a sleepless night we abandoned any idea of walking, and caught a train and bus through more quaint villages to Canterbury. Another glorious sunny day spent wandering around the old medieval cathedral and town - it really is amazing how many ancient buildings are still standing there. 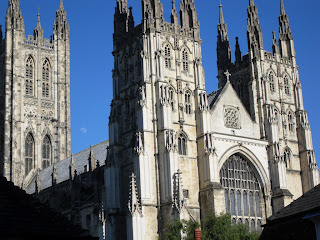 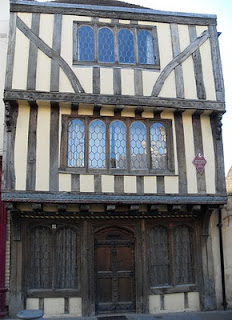 Then to round off a perfect day, we came across a student concert in the park, lots of trance music and illegal substances in evidence - great stuff! Eventually we floated away and caught a train back to London tired, dirty but happy. I then spent Monday sunbathing in Richmond park before flying back to Aberdeen today, refreshed, sunburnt and ready to put some miles on that new bike. 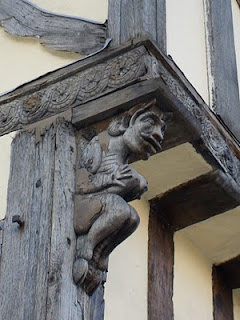 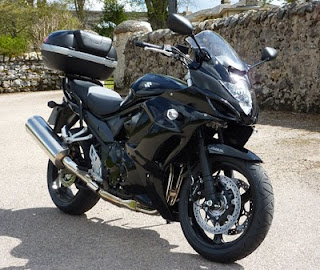 ....'fraid so. Collected it this morning from my friendly motorcycle shop; they took the BMW in part-exchange, and everyone there told me I must be crazy. I decided to ride for a bit to get some miles on her (ooh, slip of the tongue there - must be careful, I'll be naming her...it...next), so I did  my usual circuit along Royal Deeside to Ballater, up over the Grampian mountains to Grantown-on-spey, on up to the North-east coast with a stop for coffee and cake at Findhorn, back via Dufftown and Tarland. 250 miles seemed enough to scrub in the tyres and run her in a bit. It was also enough time for me to reflect on my biking. Is it the bike that's important, or is it the journey?

Well this bike is certainly more uncomfortable than the BMW; I've got aching wrists and knees and 'man's parts', but I've also got a grin a mile wide I can't wipe off my face.For me, there's something about smooth, instant power as soon as I twist the throttle that makes up for all the disadvantages - call me immature if you wish, but it's the buzz that makes me happy. Oh don't get the idea this is some kind of superbike and I like to emulate a racer - at my age and with my failing eyesight a moped would probably be fast enough - but I  manage to go fast enough to scare myself!
Posted by El Diente at 18:53 5 comments:

I stopped eating cooked food when my pal Del died; it wasn't really a concious decision, I just couldn't be bothered cooking. So I just ate fruit. That was 5 weeks ago. I lost 2 stone, a couple of chins and a considerable number of inches off my waistline with no apparent bad effects. No hunger pangs, no cravings. Then yesterday while out riding I stopped in a cafe and had a coffee and a slice of chocolate cake. Since then I haven't stopped eating - cakes, crisps, sandwiches, a couple of chocolate bars and now I'm sitting down to a light snack of a 12" pizza and a plate of potatoes finished off with a chocolate brownie. Guess I was hungry after all!

By the way, it's the 10th May, and it's been snowing all day today. How did we get conned into believing that global warming crap? More like a new ice-age beginning.
Posted by El Diente at 17:13 4 comments: 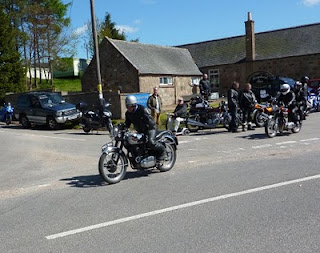 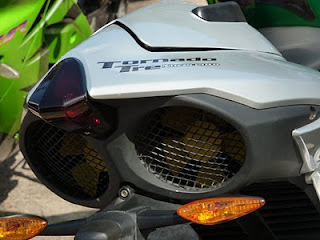 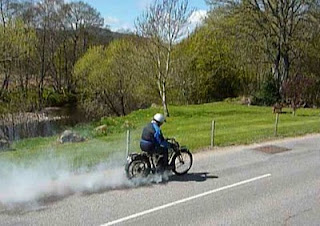 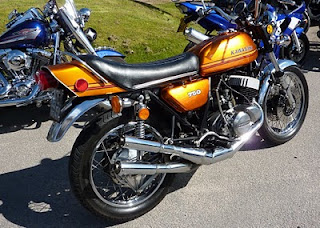 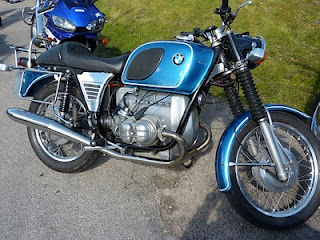 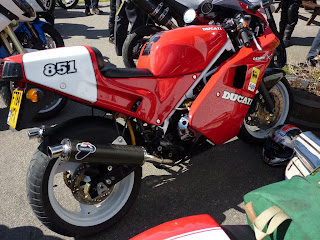 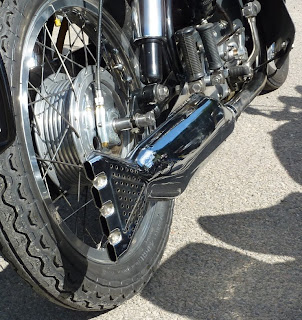 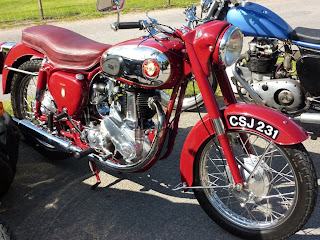 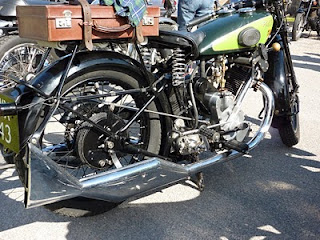 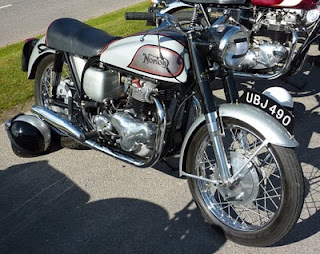 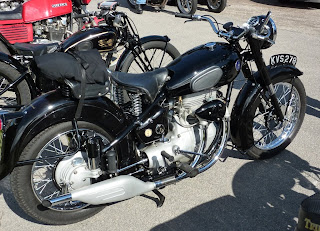 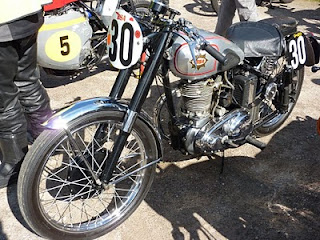 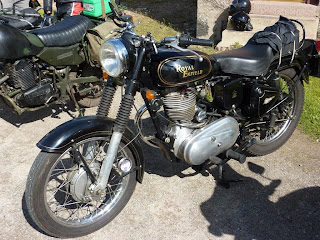 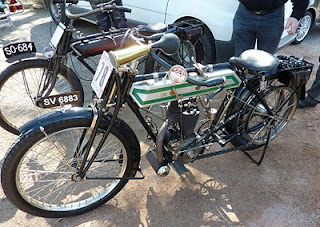 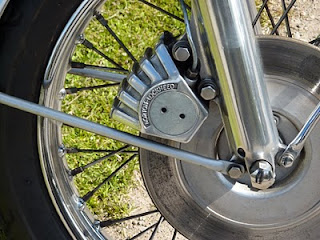 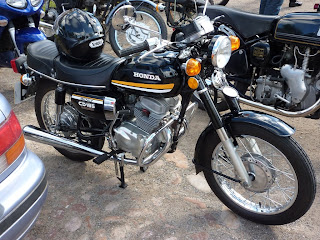 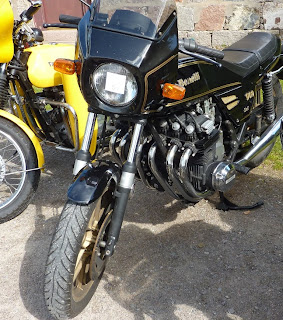 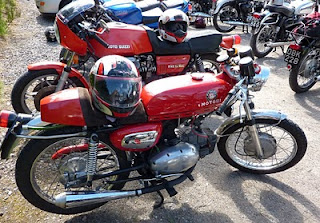 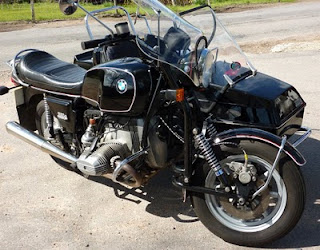 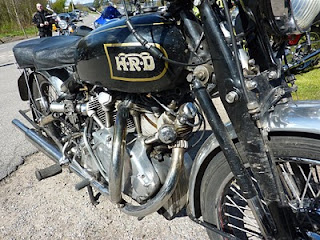 Meeting at 10am at the Feughside Inn, south Deeside, saw a nice collection of classic bikes set off for a ride through the countryside. Warm and sunny, the sight, sound and smells of these classic bikes being used was a perfect antidote to woes and worries of this modern life.
Posted by El Diente at 18:18 1 comment:

Ash cloud means happiness to some.

I was sitting in Heathrow airport's Terminal 5 today reading MotorCycleNews, intrigued that somehow the columnist Kevin Ash managed to interpret the Volcanic ash cloud over Europe as a threat to motorcylists by faceless officials, and finished his column with the phrase " make no mistake, in most people's minds, 'motorcycle' equals danger - recklessness - threat - death!" Wow, wonder what drugs he's on?

I've sort of been enjoying the chaos caused by the ash cloud, purely selfish I know but it's given me plenty of time to sit around in airports reading bike magazines in an increasingly-futile search for my perfect bike. To be honest, in a vote between working or sitting in airport coffee bars listening to my ipod and reading magazines, the latter wins every time. And it gives me plenty of time to indulge in my other hobby of daydreaming and remembering happier times sitting drunk in a South American bar watching pretty girls walk by, warm sun on my face and long rambling conversations with mad Erwin the German Hells Angel. Where's that copy of Scientific American with the time-machine plans in it?
Posted by El Diente at 20:09 3 comments:

Newer Posts Older Posts Home
Subscribe to: Posts (Atom)
... I loved that basketball so much I even used to sleep with it under my pillow - maybe that's why I couldn't sleep...