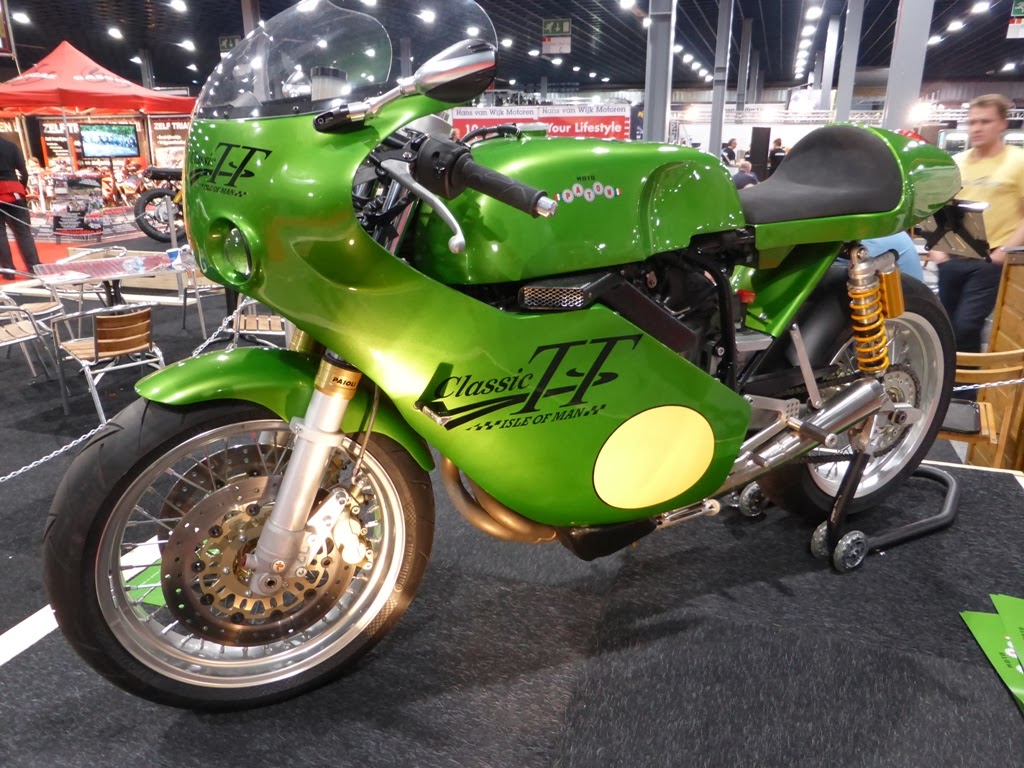 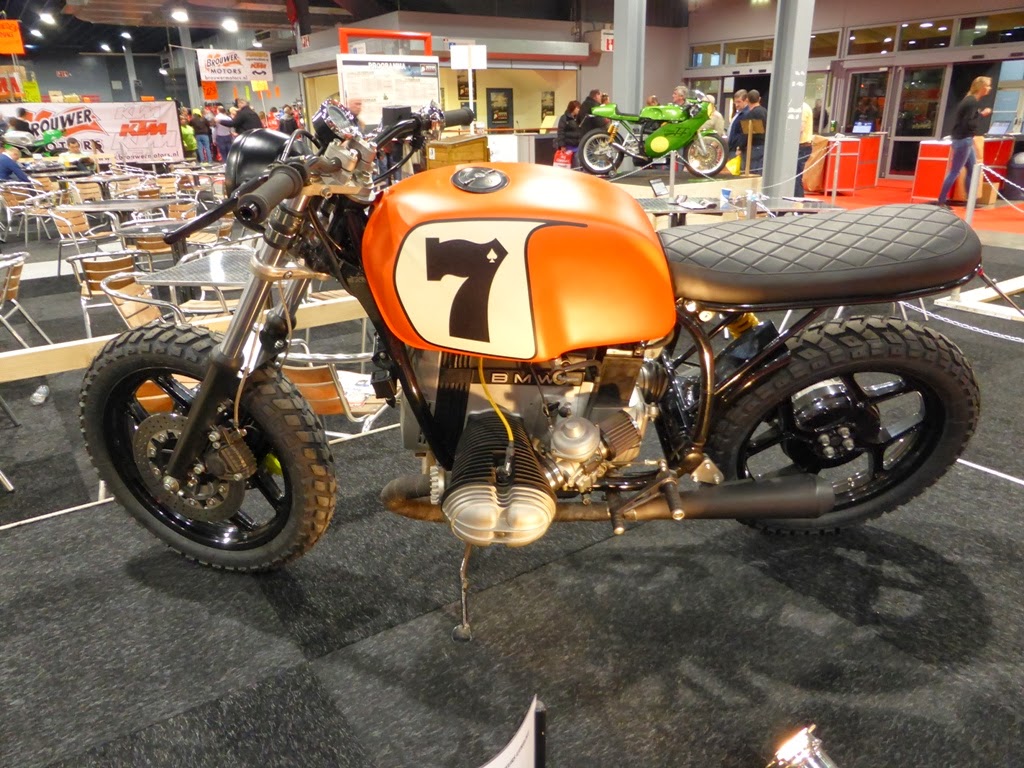 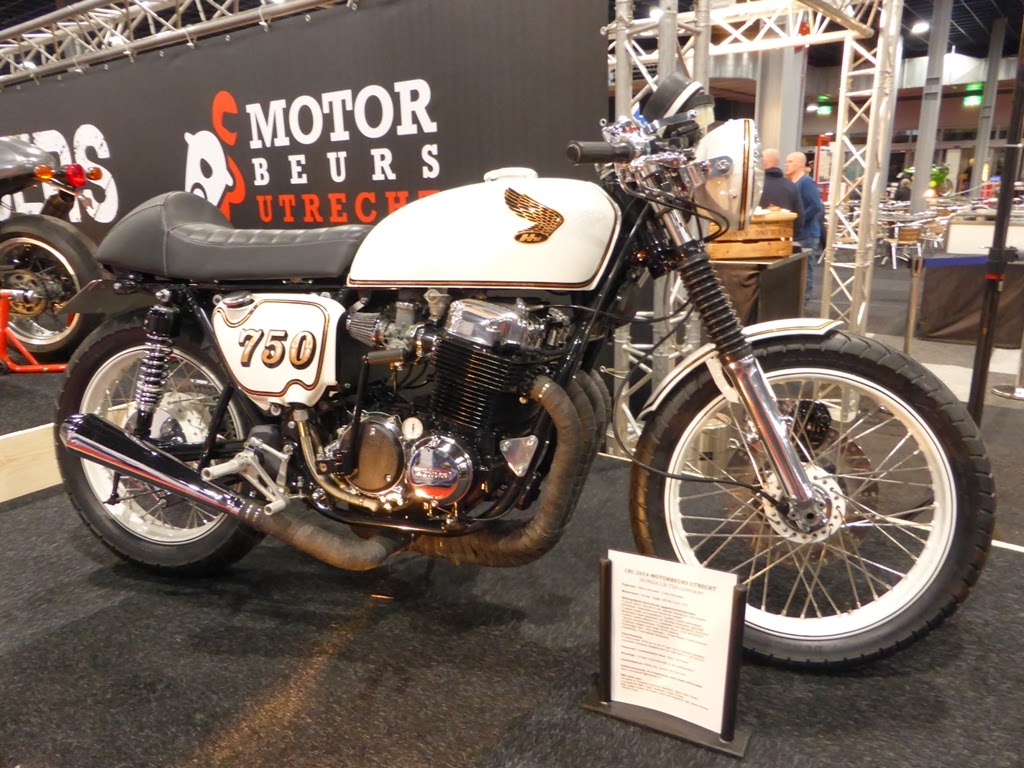 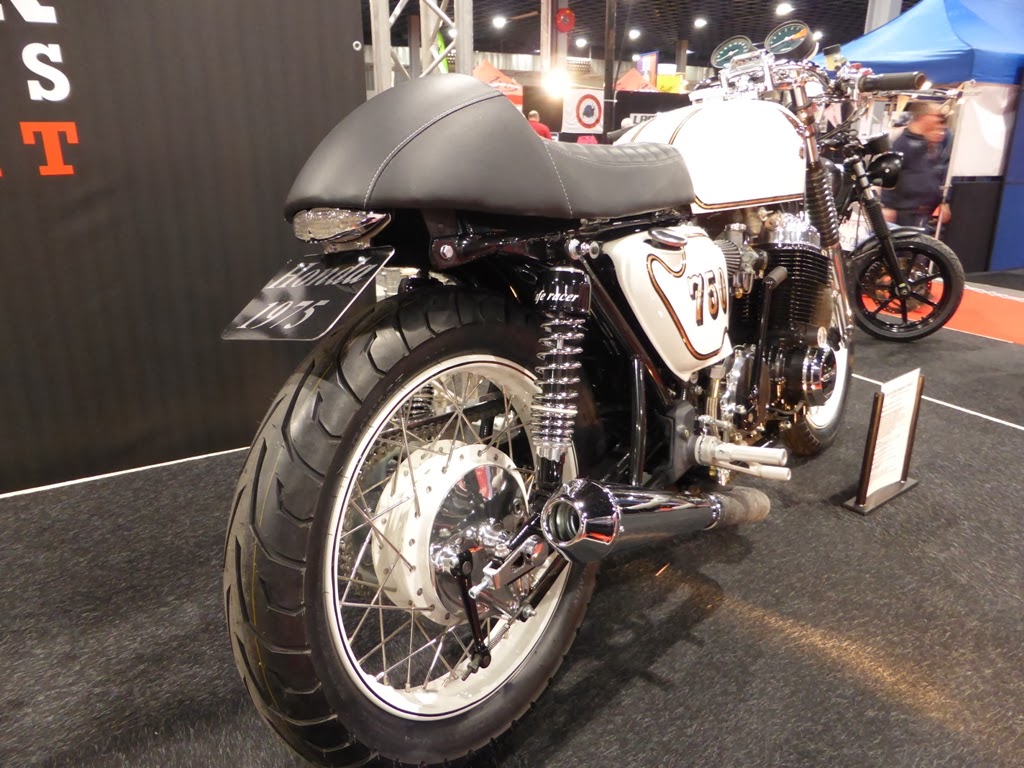 I went to the bike show in Utrecht, Netherlands, last week. I was very impressed with the size of the place, and the number of bikes on display. Not only were all the manufacturers represented, there was also a large custom bike area, with mainly cafe racers on display as that seems to be the big thing here in Holland at the moment. Additionally, unlike the English shows, there were hordes of used bikes for sale as well as the usual trade stands. Greeting us as we we entered was a rock band on stage blasting out, while the bar in the corner was doing a roaring trade of bikers and chicks drinking and dancing to the music - now thats what I call a bike show! I just missed buying a used Suzuki GSX1400 in lovely condition for 3900 Euros (sold 5 mins before) but didn't come away empty handed - new open-face crash helmet with Union flag on the side and fancy goggles, just right for summer evenings on the Trumpet.
I'm now spending my weekends in Barcelona as LF has moved there temporarily; seems a nice city. We walked up the mountain to Tibidabo on Sunday to see the big church up there - would rather have ridden up on the bike!

Labels: big hill in Barcelona, cafe racers
Newer Posts Older Posts Home
Subscribe to: Posts (Atom)
... I loved that basketball so much I even used to sleep with it under my pillow - maybe that's why I couldn't sleep...