With a whole load of health tests and scans coming up, I thought I'd prepare myself by spending a few days motorbiking; after all, it is the best way of cheering yourself up known to man. Being without a bike I'd have to hire one, so I hatched a cunning plan where me and my son would fly to southern Spain, hire bikes there and explore the beautiful Andalucian mountain roads. We flew down Thursday afternoon, a free flight courtesy of my air miles, and were picked up from Malaga airport and driven inland to Teba, where Mark runs a BMW hire business out of his villa - as we'd booked in the winter season he threw in free accommodation with the bike hire - result!

I wanted to show my son the A-397 that runs from the coast up to Ronda; Ride magazine recently recommended it as one of the best biking roads in Europe, plus I'd ridden some other great roads in the area when touring there a couple of years ago, so it was up early Friday morning, fuelled-up the bikes and we were off. Only to come to a stop just down the road as it was bloody freezing, so it was back to the villa to put on all the items of clothing we'd brought with us! Then it was off again to ride the fast sweeping deserted mountain road to Ronda - we were already in heaven, no traffic, no speed cameras, just hooligan bike riding! We had a stop in Ronda for a coffee, croissant and a pair of windstopper gloves from the local walking emporium as the Kid had only brought mesh gloves which didn't fit in with the single-figure temperatures.


Then we rode down the A-397; it was as good and exciting as I'd remembered, 20 miles of sweeping bends sprinkled with hairpins, all on a well surfaced, empty road. We stopped at the bottom, the Kid shaking with the effort (it was his first bike ride for a year, the Aprillia being stripped down for conversion to a cafe racer - but that's another story), but wearing a massive grin, as was I.

The temperature was a bit higher down on the coast, so we rode down to Puerto Banus and parked alongside the multi-million pound yachts in the harbour, took the jackets off and had a drink in the sun.Then it was back on the bikes and a looping ride that took us back up into the mountains and back to the villa for the night. That was a tank of petrol well burnt!

Saturday dawned cloudy and damp so we decided to ride down to the coast again to warm up and hopefully keep dry, but it was not to be. No matter how fast we rode we couldn't outrun the rain clouds, the day consisted of riding till soaked, stop and dry out in a cafe, and repeat all day until we reached the small picturesque town of Tarifa, on the coast where it finally stopped raining and we were treated to a spectacular sunset view of North Africa across the straits of Gibraltar.After a massage and a nice Italian meal we slept in a little hotel right in the middle of town, only to be kept awake all night by drunken revellers. Never mind.


Sunday we had a fabulous, fast ride up the coast towards Cadiz, then turned inland through Medina-Sidonia, a picturesque white town where there was just the best section of road yet, freshly-tarmacked hairpin bends out of the village leading to fast, open sweeping bends all the way up to Arcos, then more of the same up to Olvera, where the road just got better until we coasted up to the villa in Teba, exhausted but delighted, another great days riding.


We'd saved the best for last, for Monday we'd planned out a route using Ride magazine's 'best roads of Andalucia' supplement, lent to us by our host Mark. Actually, it's hard to express just how fantastic the roads were. We started off riding from Teba to El Burgo which for me was the best road so far - imagine a giant boy scout tie-ing every knot imaginable in a piece of string, then that string becoming the road! The road is the MA-5400 from Serrato to El Burgo; then to add to the sheer ridiculousness of the ride, it got better the other side of El Burgo where it hugged the side of the mountain all the way up to Ronda; we then carried on to the fabulous A-372 to Grazalema which was so brilliant we turned around, went back and rode it the other way then rode back again up to Grazalema! Up there on the top of the world we could only look down the mountain in amazement, wondering what our last road would be like - Ride magazine reckoned our next road, the CA-9104 from Grazalema to Zahara was 'one of the best biking roads in the world'.
As we turned off the main road and looked over the edge of the sheer drop down to the beautiful Lake Zahara that seemed literally miles below and saw this thin ribbon of concrete winding down, back on itself over and over again, I could only think " Fuck me, we're going to die!" Luckily we didn't, but it was a real buttock-clenching ride; the Kid seemed to enjoy it as he shot off on his VFR, whereas I pottered down on my Tiger like an old lady on a mobility scooter.I was just glad to get to the bottom in one piece. 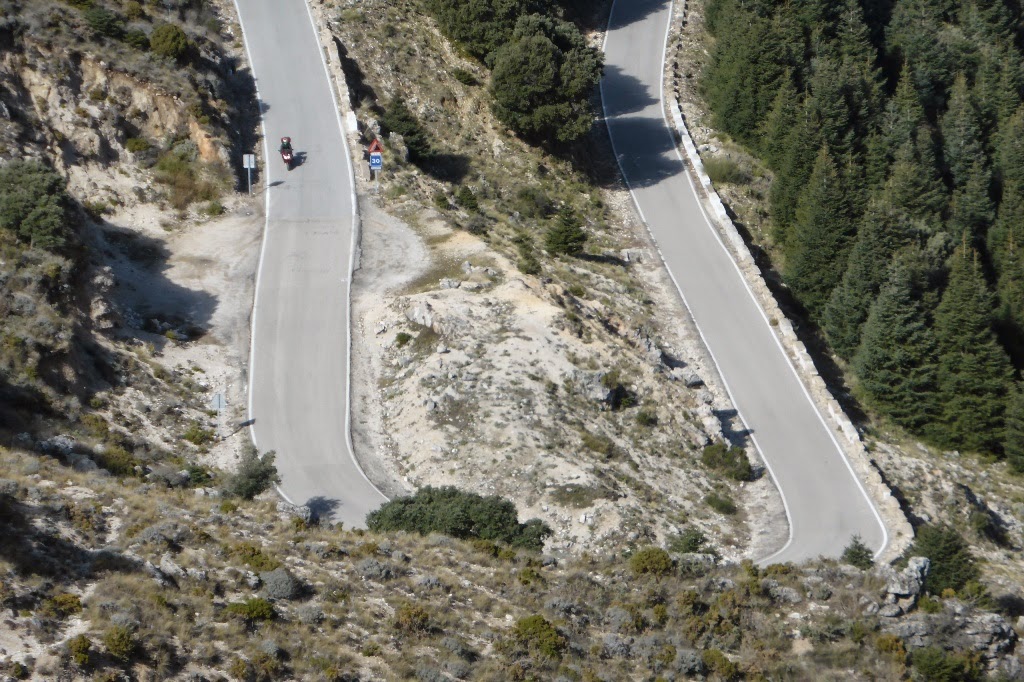 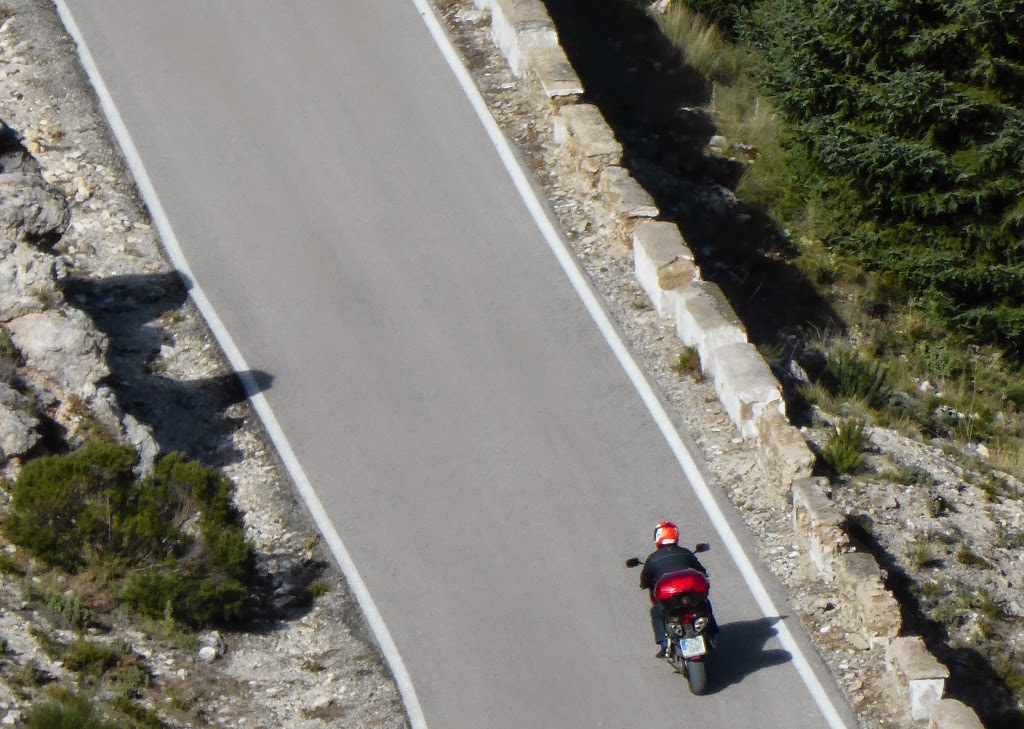 The anti-climax of the trip was the ride back to Teba; during the day the wind had got stronger and stronger, the last 50 kms were across a wide open landscape covered with windmills, the wind was so strong we were constantly being blown across the road so we finished riding along at 50kms/hr being overtaken by 16 wheeler trucks. Terrifying! Then we got a lift down to Malaga airport and the come-down of a flight back to cold damp England. I'm still grinning though at the memory of that last days ride. Brilliant!

Great wall and the Forbidden palace

So my work colleagues thought I was mad, planning a trip to see the Great Wall of China during the winter; however, knowing how unstable my life has become lately I thought it better to go while I could - sure enough, as soon as I got back from the trip there was a message from my doctor saying I had to return to the UK as soon as possible for some treatment. A boring 12 hour flight with BA saw me arrive back in London last night; here's some photos of last weeks trip. Apologies for the poor picture quality, Beijing was cold, misty and polluted, the sun never showed all weekend and it snowed Saturday night. Despite that I had a great time! 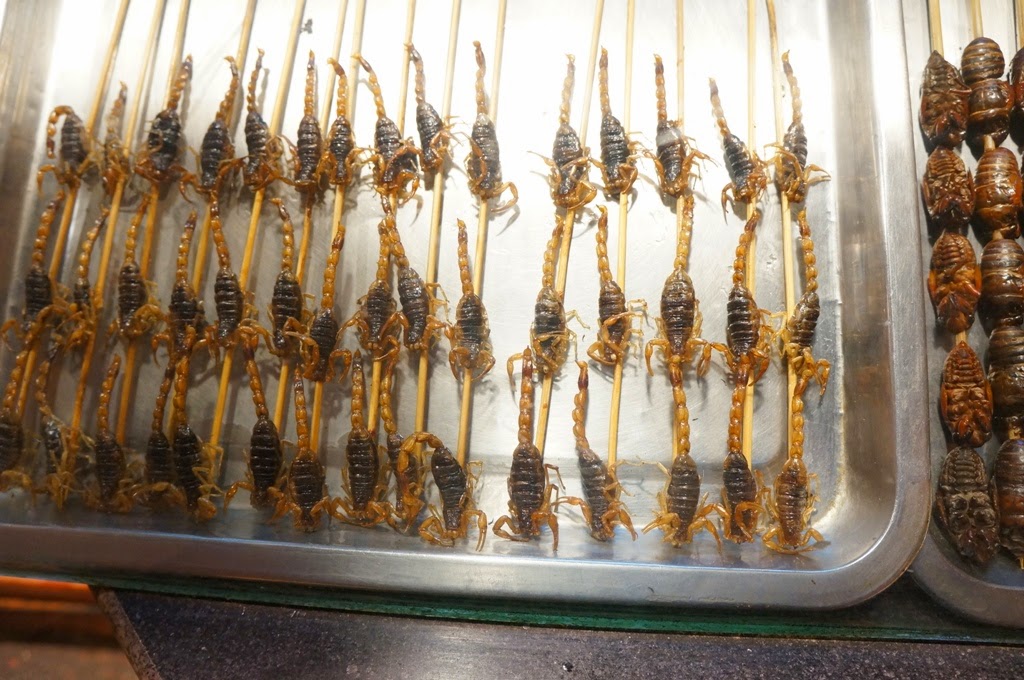 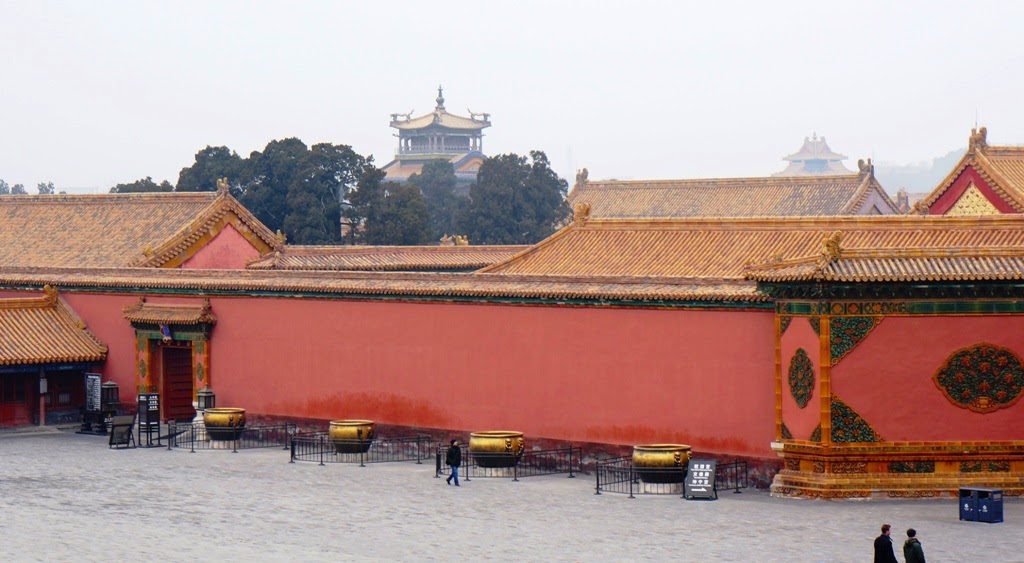 Labels: Forbidden Palace., Great wall of China
Newer Posts Older Posts Home
Subscribe to: Posts (Atom)
... I loved that basketball so much I even used to sleep with it under my pillow - maybe that's why I couldn't sleep...